This year is an exciting time for all flying enthusiasts. More and more businesses gain popularity as their state-of-the-art models become more affordable. There are plenty of drone companies that craft exquisite gadgets all around the world, suitable for all budgets. While it is nearly impossible to compile a list of all the drone companies available today, the sections below explore some of the top manufacturers with a global reputation.

The market leader in the drone industry is DJI – similar to what Amazon is in the retail industry. The company currently dominates its competition due to the wide array of products available, ideal for any budget. Some of their most appreciated product lines are the Phantom series, followed up by the smallest drone series known as Mavic.

The professional series of DJI drones is known as Inspire and has already reached the second generation. Some of its excellent highlights include dual-operator support, which means that there can be one person flying the drone and another one has access to the camera. It also comes with different lenses, camera modules, and many other customizable options.

Yuneec is another major player in the industry, although the quality sustained by DJI poses serious problems to other manufacturers. With more than two decades of experience, Yuneec was founded in Hong Kong and now offers three product lines. Typhoon H3, for instance, is specially designed for professionals working in the photo and video industries. The model stands out through its user-defined image, accurate camera technology, and lossless, superior image quality.

For recreational purposes, Mantis Q is one of the most popular choices. At the same time, it is their first drone that can be voice-controlled, with commands such as “start recording” and “come back”, among others. There are up to 33 minutes of flight time at 72 km/h, it is foldable, and has a visual tracker. A highly affordable choice is the Breeze 4K, ideal for beginners who want a toy model that is lightweight, easy to control, and withstands crashes.

Cheerson offers a few models of drones, focusing on mini-series, and they also have a line of racing drones. The first model of the Hobby mini-quadcopter series was a surprise for most drone enthusiasts – the minimalist size of the aircraft was a major breakthrough at the time, even though the drone did not come with a camera.

The second generation, known as CX-10C, came with a camera, shortly followed by the more advanced CX-10W. The drone can be controlled via a smartphone or a tablet and has a very small design that weighs only 17 grams (0.03 lbs) – one of the world’s smallest FPV drone.

3D Robotics is based in California and is a developing, private company. They focus extensively on what is known as a “smart drone”; their models have GPS point planning and they consider themselves the most advanced drone company in the world.

For example, they developed the technology “follow me” which means that the drone stays with you wherever you go, automatically capturing every move. 3D Robotics has drones for a wide range of applications, including recreational, business, or even models specialized in aerial photography.

Sky Viper is the fifth on our list of drone companies based in Los Angeles, America. They only have four types of drones, but they focus on quality and premium features. One of the basic models, Sky Viper Auto-Pilar, is specially designed for beginners. It enjoys auto-pilot technology that keeps the drone steadily in the air or flying, so it handles all the basics of its controls.

The second generation of auto-pilot drones, known as Journey, has a wide range of additional features. For instance, it has a “follow me” mode, can return home, has automatic hovering, launching and landing commands, and has a built-in GPS, among others.

Autel Robotics is a newly-established drone company. Founded in 2014 in Washington state, they take pride in their ability to deliver market-leading technologies for aerial exploration. They are owned by Autel Intelligent Technology, a China-based company that actually manufactures the drones.

One of their main offerings, for instance, is the EVO, a model that is highly appreciated by customers due to its compact size, its folding design that fits in any backpack, its premium-quality camera, and many other intelligent features. The X-Star is the first Autel offering that comes with an affordable price, easy controls over Wi-Fi connections, and high-quality, stable 4K video.

Parrot is a French drone company that surely stands out from its competitors. They specialize in creating wireless devices for automobiles and phones. For example, their AR.Drone 2.0 is a medium-priced model that contains an FPV system that can be controlled via a smartphone application.

For budget-conscious customers, the Bebop series is one of the best products offered by Parrot. This is, to some extent, the direct competitor of DJI’s Phantom series, but at about half the price. The model can also be controlled via a smartphone app, ideal for anyone regardless of skill and experience.

Founded in Shenzhen, China, in 2017, Ryze Robotics is a tech company that aims to create drones for recreational purposes. Their first model, known as Tello, came with the latest flying technologies and intuitive controls. What made it stand out from the crowd is its compatibility with Smartphone VR headsets, boosting entertainment and fun. Even more, the model is dedicated to helping kids, teens, and adults to learn the basics of coding while enjoying their flying experiences.

Ryze Tello Iron Man is an excellent choice for Marvel enthusiasts. It is a mini drone that comes with a mobile app, providing a fun, fully immersive experience. Other functions of the interesting Iron Man drone include precise hovering, 720p HD transmission, 5 MP photos, and many more.

Syma is a Chinese company that offers toy-grade gadgets, ideal for recreational use. Among the other drone companies, they market themselves as the best choice for drone beginners and use their 10-year experience in the industry to develop a visionary approach and advanced flying solution for kids. Their models do not only come with colorful, interesting designs but also great functionality. They boast stable hovering, low voltage protection, a 3D stunt flip, and many more. For instance, Helifury 360 can do numerous tricks: leapfrog flight, loops, roller coaster, and even 360 degrees movements while on high speed.

A more advanced model is the smart X8Pro. This is suitable for more advanced use, such as taking beautiful photos. The gadget has intelligent features, including automatically returning home when the battery is low, a hover function for stable photo shooting, and it can be controlled wirelessly; in case of low connection, the gadget returns home automatically.

Blade is owned by the giant Horizon Hobbies, an American corporation. Their products come with attractive pricing points. For example, the Blade Chroma drone is considered their best offering that uses state-of-the-art technology. With 1080p resolution, the drone can take excellent videos and photos, scoring among the best models on the market for this purpose.

Blade also crafts race drones, such as Vortex 250 Pro BNF. The professional racing unit requires a HAM license and it can only be used by people of at least 14 years old. Despite its speed, the drone weighs only 1.8 pounds, which makes it one of the most lightweight units on the market. It is crafted from high-quality materials, such as carbon fiber and aluminum, which can withstand rough landings and tough racing competitions.

Hubsan, headquartered in China, has a wide array of toy-grade and photography-grade units. For people looking to start their flying experience indoors, the Hubsan H111 is an excellent, toy-grade model. It can be used during the winter months or before moving on to more expensive, advanced units.

The drone company also offers a robust line for the sophisticated flyer. The H109S pro, for instance, is a sturdy piece of gear that can easily carry a GoPro. It also features its own camera with a 1080p resolution photoshoot ability. The line is discontinued now, but these products remain for sale. They are ideal for anyone who requires a drone capable of carrying a modern, high-quality GoPro.

Ehang is the final entry in this list of drone companies, also established in China. They have a wide range of models, with a notable one being the Ehang Ghostdrone 2.0 VR. It is specially crafted for VR fans, boasting a remote control via a smartphone app and streams all the video to the VR goggles that are included with the model. This makes it a bit more difficult to control since you cannot see the mobile phone screen. What makes it an excellent photography drone is the ability to pair it with GoPro Hero 3, 3+, or 4, but also the company’s sports camera.

All in all, there is a plethora of drone companies in the world. The increasing competition pushes manufacturers to become more and more creative with their models, implementing new technologies. This results in a wide range of drones suitable for all purposes and needs, regardless of your skill and experience. 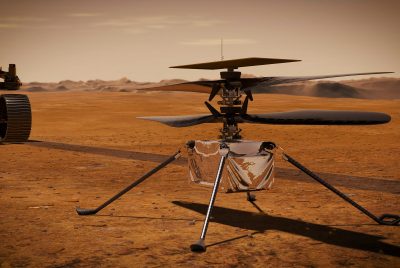 link to How NASA Drone Tech Is Changing Space Missions

We’ve started to use drone technology in a wide variety of industries here on Earth, so it’s no surprise that NASA has started to take them into space. ... 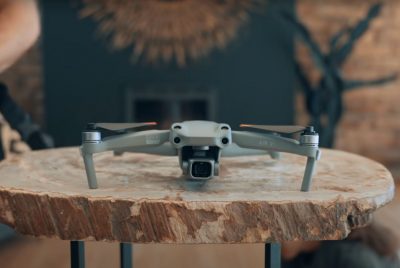 The New DJI Air 2S – Everything You Need To Know

The DJI Air 2S was announced in April 2021 as the new best all-around drone on the market. It combined features from several previous DJI models and delivered ... 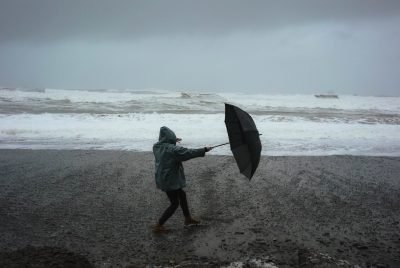 link to The Best Drones for Flying in Strong Winds

The Best Drones for Flying in Strong Winds

Unless you only plan on flying your new drone inside, the wind is crucial to factor when purchasing a drone. No matter how good of a drone pilot ...
About Jeremiah Burnett