Ever thought about flying a drone using little effort? If not, you should start, because it’s a new technology that is a lot of fun. It’s known as a gesture controlled drone. As the name suggests, this type of drone is flown simply by using hand gestures.

The controls have sensors that detect specific movements and then cause the drone to move in a particular direction. Likewise, you can wear a glove, and it can trigger your drone to move.

This invention is known as gesture-driven technology.

When it comes to flying drones, the flight operator often uses gesture-driven technology wearing a glove. Inside the glove are physiological sensors measuring various muscle activities such as finger and wrist flexion.

Depending on where the sensors are placed, the muscle’s movements are read, and then the information is sent to a computer. It is also common with gesture-controlled drones to have an accelerator on top of the glove that detects the body’s movement, sending information to the microcontroller, transmitting it to the telemetry.

Gesture driven technology can also involve cameras that can pick up different types of motion and transfer that information over to a system causing a machine to interpret them and triggering a drone to move in a specific direction.

How Do Gesture-Controlled Drones Differ From Standard Drones?

It is more of a drone for hobbyists and beginners as it does not take much to control it. Many owners of gesture-controlled drones choose to let their children fly as they’re great for first-timers, but if you do this, be careful of local aviation laws and guidelines!

Not every hand-controlled drone is the same, as there are different types of sizes, but as the Chicago Tribune notes in this article, they should ideally be made of non-toxic plastic.

When required, a gesture controlled drone should be able to bend. Likewise, if it has any impact or crashes when flying, it should be flexible.

Similarly, in comparison to standard drones, the battery life of a gesture drone is much shorter. On average, it can fly for around 4-15 minutes in the air, and it can take up to 30-60 minutes to recharge.

Because it has a low battery, a lot of gesture-controlled drones have LEDs around them to inform you when the battery is going to run out. Similarly, some have additional features which allow you to operate them in the dark.

There are fewer switches on a gesture controlled drone, often only one or two at the most. One is an on and off switch, whereas the other can give you options for different drone speeds.

What Controls Does A Gesture Controlled Drone Have?

If you were to get a gesture controlled drone, it would typically have the following controls:

At the same time, the more expensive they are, the more additional features they will have like controls, chargers, and more extensive flying range.

Gesture-Controlled Drones You Can Buy

The ForBest Gesture Controlled RC Quadcopter Drone allows you to wear a quirky “watch”-looking device around your hand and wrist to enable you to pilot the drone with just the motion of your hand.

To launch this drone, you power it on from the ground, then pick it up and throw it straight away from you and it will float in the air, automatically sensing that it is in the air. How cool is that?

Attached to the watch is a wire which connects to your finger, and by pressing the button on your finger and rotating your wrist, you can make your drone do 360-degree flips in any direction.

It has a lithium-ion battery life that can be easily recharged via a USB charging cable in about 60 minutes. It only has around 6 minutes of flight time, but with both batteries fully charged, you can get up to 12-14 minutes of total flight time.

In addition to this, it comes with LED lights that allow you to see your drone if you choose to fly it at night or in a dark room. And it has intelligent obstacle avoidance to make sure that you don’t damage your drone.

To land, there is a small, stand-alone “controller” about the size of a key fob with a single button that will gently bring the drone to the ground.

All in all, the ForBest Gesture Controlled RC Quadcopter Drone is a fun, intuitive and easy to use drone for a very reasonable price.

Another popular gesture-controlled drone is from Bump. This drone is flown by placing a glove over your hand. The glove itself has an ergonomic hand sensor control with 6 axis gyroscope sensors allowing for stable and effective flight. It also has a lock on the cover, allowing you to keep the glove in place easily while flying.

While using the Bump Hand Sensor Control Drone, you can fly your drone left, right, forward and backward. You can also do 360-degree flips! There are little buttons on it, so you don’t have to fiddle around much, meaning you only need to press one for it to take off and land.

It’s small in size, with its dimensions being 6.2 x 9.8 x 1.7 inches and weighing 0.44 lbs. This gesture controlled drone can fly a further distance than some others; it can fly up to 30 meters but only can fly up to 7 minutes in the air until it needs to be charged again. The charging time for this drone is 30-40 minutes.

If you’re looking for a gesture controlled drone for your kids, then Force 1 Scoot is ideal. This handheld drone is affordable, only costing $29.99 to buy. It’s cool to look at too. This drone has bright LEDs around it, lighting up in red, blue, and white and allowing you to see it in the daytime or at night easily.

It’s easy to fly; all you need to do is launch the drone into the air with a simple toss. Because of this, the Force 1 Scoot can also be flown indoors. They’ve been deliberately designed to fly indoors as they have a durable outer shell if they crash into a wall.

Compared to other gesture-controlled drones, the Force 1 Scoot has a slightly longer flight time of 8 minutes. It takes 50 minutes to charge, and you charge it via a USB cable.

The major disadvantage of the Force 1 Scoot is that you have to leave it to rest for 10 minutes before you fly it again.

The gesture controlled drone by Marsmo is undoubtedly unique in itself; it looks like a red UFO. The technology used in the drone is infrared sensors which allow it to detect hand movements once it’s been thrown up in the air.

It’s simple to use; all it takes is for the power button to be switched on and thrown into the air. The Marsmo drone has 6 sensors to allow it to fly in many different directions. It can go forward, backward, super spin, surround flight, 360 flip, and other stunts that you can perform with your hand.

Likewise, the Marsmo is believed to be one of the safest ones on the market, as it’s made from high-grade pp materials that are non-toxic. Similarly, it has a curved mesh barrier to wrap the drone’s propellers, making it safe and preventing a child’s fingers from touching it.

Unlike some gesture-controlled drones, the Marsmo is specifically designed to fly indoors as it does not operate well in the wind. Its flight time is around 6-8 minutes and takes about 60 minutes to charge.

If you’re a newbie to drones or have some children who are interested in owning a drone, then a gesture controlled drone is perfect! We say this because it’s small in size, and most of them are designed to be flown indoors.

This type of drone often has a short battery life and has around 5-8 minutes of flight time (depending on the model). Likewise, it can take up to 60 minutes to charge, and most forms of charging are via a USB.

These drones aren’t that expensive on average; they cost between $10-$40 and are great for Christmas presents or birthdays. 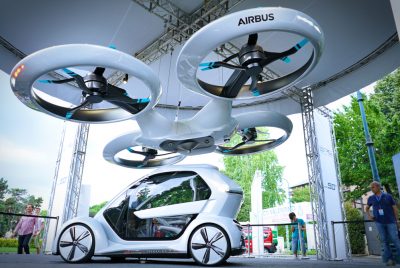 link to Drone Taxi – Not So Far In The Future

Drone Taxi – Not So Far In The Future

Recreational as well as commercial drones have become incredibly popular in the last few years. At first, drones were mainly popular among hobbyists, but they gradually became more ... 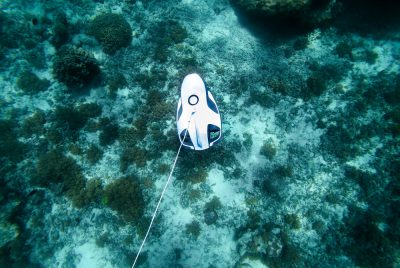 link to Underwater Drones: As Above, So Below

Underwater Drones: As Above, So Below

Underwater drones have been in use for many decades before airborne ones were invented. The first examples date back to the 1950s and 1960s when the US Navy ... 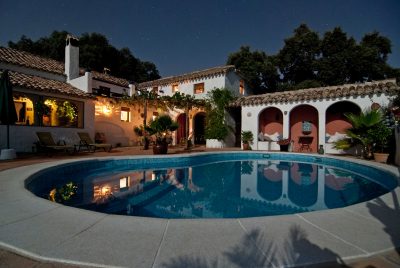 When real estate agents put together listings, they need images that are going to showcase the property in the best possible light. One of the best ways to ...
About Jeremiah Burnett